How to use Capacity Plan and Deadweight Scale?

How to maintain Mooring ropes on board ? 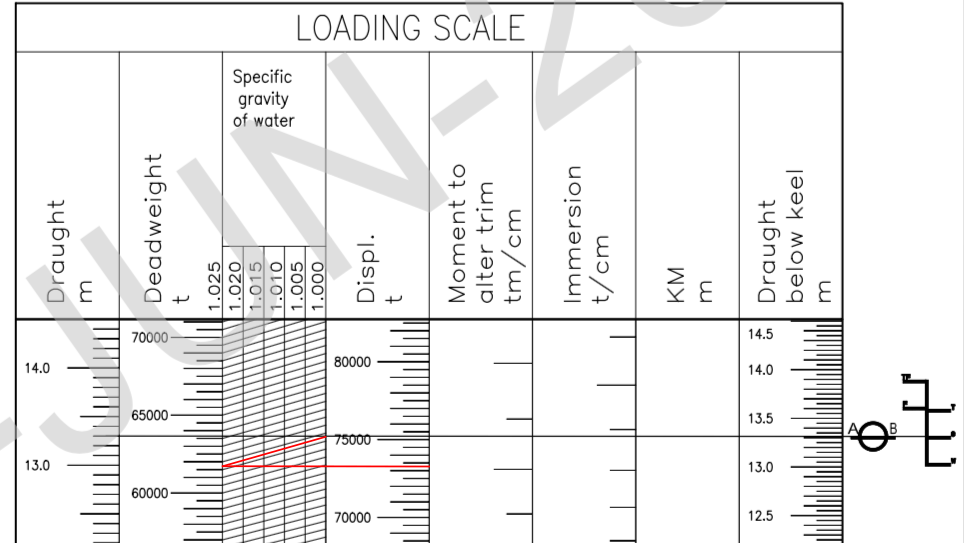 Onboard every ship you must have been, I am sure you must have noticed a number of boxes containing numerous plans. And there are few plans which the Chief Mate, Chief Engineer or Master would keep on referring to time and again. One such plan is the Capacity plan and Deadweight Scale.

Capacity Plan onboard the vessel – as the name suggest – primarily shows the Capacities of various compartments onboard the vessel. However, the information is not just limited to the capacities, but also the general layout of the ship including the location of various cargo holds, fuel tanks, fresh water, ballast tanks and other service compartments such as slop/sewage tanks. The location of such compartments are clearly shown over a plan drawn to the scale. An important feature of the Capacity plan is the Loading Scale or Deadweight Scale. The following video shows the procedure for using the Capacity plan and how to obtain information from it. Using the Deadweight or Loading Scale has also been explained at length.

The capacity plan, generally divided into the following sections –

In the near future we shall be including various other plans, do tell us which one you want to know about.

Subscribe us and write to us at ask@funnel2tunnel.com for getting your free HD copy of the Capacity Plan.