How and when to ventilate the Cargo Holds?

How to correctly plot the Tropical Revolving Storm (TRS)

The importance of Vessel Traffic Services 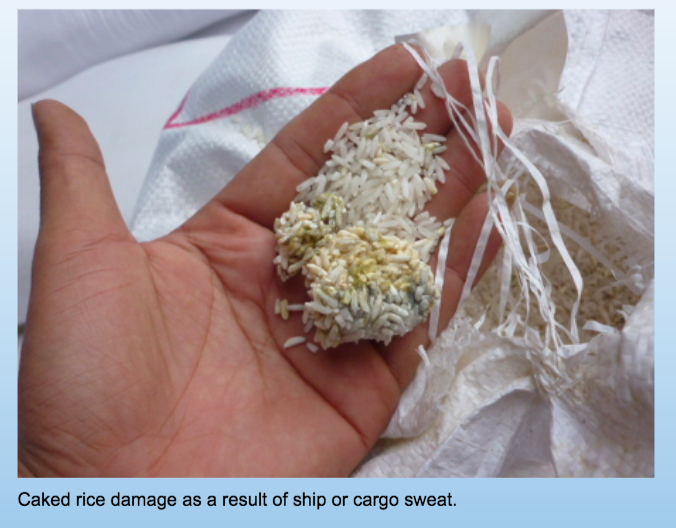 This topic deals with the principles and procedures for carrying out Cargo Hold ventilation onboard Bulk Carriers.

Ventilate the Cargo Holds: Ever wondered why water droplets form on glass surface once cold water is poured inside, in hot climate?

Now you would say that this is primary school Physics and anyone can answer that. Although, the  process is called ‘condensation’ it holds a very important place in shipboard cargo operations especially on a Bulk Carrier carrying a dry bulk cargo which is perishable in nature.

This ‘condensation’ process, if not controlled and monitored properly can result in ‘sweating’ of the cargo holds (i.e. formation of water droplets all over the cargo) and hence may result in damage to perishable goods such as grain, sugar or may even result in chemical reaction with few cargoes (such as DRI).

Hence, understanding of ‘Sweat’ is very important to Marine officers and shall be well understood by officers serving especially on Bulk Carriers. By the way, Sweat here refers to condensation.

In Marine Terminology there are two kinds of ‘sweat’ –

Cargo sweat may refer to the condensation that may form on exposed surfaces of the cargo in side of the Cargo Hold. It can be depicted like this –

When does it occur?

It occurs when large amounts of warm, moist air is introduced into a hold containing substantially colder cargo. This usually occurs when the voyage is from a colder to a warmer place and outside air is allowed to enter the cargo spaces.

Where does it occur?

Inside ship’s hold over the Cargo surface

Why does it occur?

The Ship’s Hold has air has dew point which is lower than the outside air (as the ship loaded the cargo in Cold climate and is now proceeding to hotter climate). If the outside warm and moist air having a higher dew point is allowed to go inside the cargo compartment having colder air, the water vapor on the surface of the cargo condenses to form water droplets all over the cargo surface.

How to prevent this?

Ship’s sweat refers to condensation that forms directly on a vessel’ structure inside the cargo spaces, inside hatch covers, over frames/hatch sides as shown below –

When does it occur?

It occurs when the warm and moist air inside the hold (near to surface) comes in to contact with the cold air as the vessel moves into cooler climates.

Where does it occur?

Inside ship’s hold over the Hold’s surface

Why does it occur?

The Ship’s Hold has air whose dew point is higher than the outside air ( as the ship loaded the cargo in warm climate and is now proceeding to colder climate). The outside colder air condenses the warmer air inside the cargo hold near to the hold sides and surface as shown. (This is similar to the phenomenon of pouring cold water inside a glass on a hot day. The air outside the glass in contact with glass surface gets cooled below its dew point and condenses into water droplets).

How to prevent this?

To prevent the ship’s sweat, the holds shall be surface ventilated as long as the dew point of the outside air is lower than that of the inside air.

When you should carry out the ventilation of the Cargo Holds?

Some bulk cargoes are required to be surface/thoroughly ventilated depending upon the nature, properties and the carriage requirements of the cargo. In order to ascertain whether one should ventilated the cargo holds, the following shall be kept in mind –

Whirling Psychrometer shall be used in order to determine the dew point inside cargo space and outside.

The three degree rule may be applied when it is impracticable to measure hold dew point temperatures accurately. In such cases the ventilation requirements may be estimated by, several times a day, comparing the average cargo temperature at the time of loading with the outside air temperature. Ventilation may then be carried out on the following basis –

Hygroscopic Cargoes are those cargoes which have a tendency to absorb moisture. Grain, Sugar, Cocoa etc are some examples of Hygroscopic cargoes.

Hope you liked the topic.