The easiest way to learn the Morse Code

What are M MSN MGN Notices? 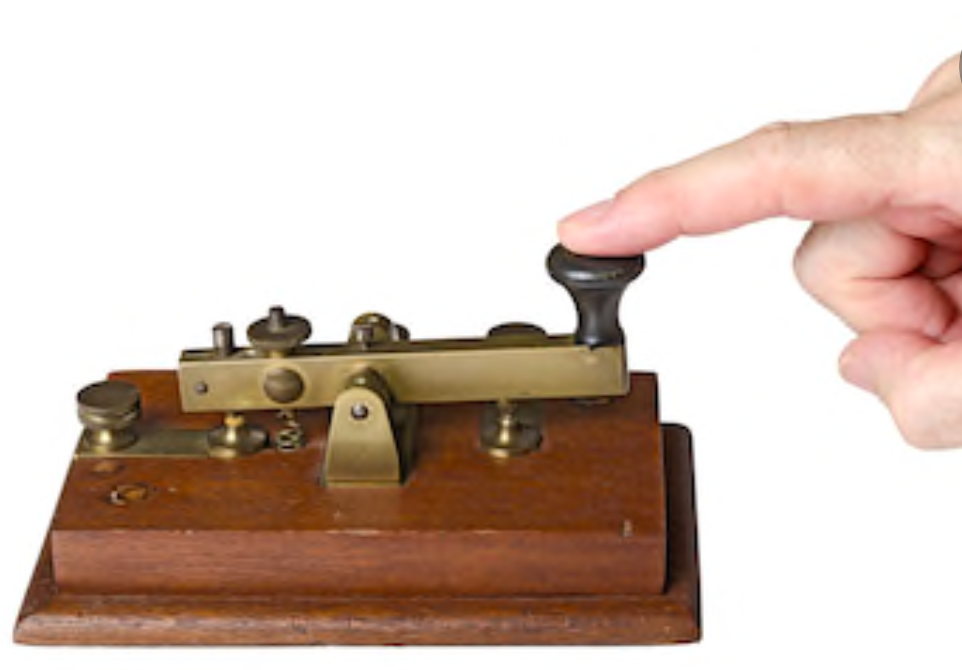 Morse code is not that complicated to learn as it seems at a first sight. It is still widely used in shipping industry and ships officers shall be well aware of these signals as they form part of navigational watch keeping duties such as identifying the transmitting Radio beacons (Racon) from the Radar or identifying signals being transmitted from other ships.

Morse code is made up of two different signal durations popularly known as dots or dashes. They are also called dits (dots) or dahs (dashes).

Morse code is named after Samuel Morse (the inventor of the telegraph). It is said that he invented this technique of transmission after getting inspired from an tragic incident. Once he was away from his home and got the news that his wife is critically ill. By the time he reached home, his wife had passed away and was already cremated. Morse, as a result, wanted to find a faster way to transmit information. The result was invention of telegraph and transmission of data using the Morse Code.

The Chart below shows the Morse Code signals for various English Alphabets. At first sight it looks cumbersome and tedious process as to how one should remember it.

But don’t panic as neither i will ask you to remember these letters the way they are stated above nor I would state the famous ‘mnemonic’ and flowchart technique being endorsed by many websites and videos.

In fact I will show a much simpler way of learning Morse Code which I believe is the fastest way.

Morse code test is a part of the competency exams or you can learn it for fun. Whatever may be the reason, the point is the technique shown below will make it a child’s play such that you can learn the Morse Code within 10 minutes!

Let us look at the example below –

Did you find the similarity? Letters A, U & V follow a certain pattern with a single increment in ‘dit’ or ‘dot’ from A to U and from U to V. Therefore, these three letters can be ‘grouped’ together and learnt easily.

Tip: To remember this group – just like SUV is type of Car think of AUV as a type of car.

Similar grouping can be done for the below three letters –

The letters N,D and B follow a  pattern which includes single increment of ‘dit’ (or dots) signals from letter N to D and then D to B.

Tip: Group ‘NDB’ is the mirror image of group ‘AUV’.

Let us see another group –

Letters T,M,O can be remembered together as they are made up of dah (dash) incrementing by one starting from T to M and then M to O.

Tip: Remember it as “Te Amo” which is Spanish word for I love you!.

And lets see one more group –

This group has four letters – E, I, S and H. The mnemonic factor is that they all are made up of dit (dots) and incrementing by one – starting from E to I to S to H.

Can you believe that in a matter of 3 minutes you have learnt 13 alphabets (so 50% of job is done!)

The Group of P and X is opposite to each other. This means the dots gets replaced by dash and vice versa if you compare one with another.

Tip: Remember PX is short for the word – Passenger

Similar to group above in this too, the dot replaces the dash and vice versa.

This one is self-explanatory and easy to remember.

The group LY , again, is opposite of each other.

Tip to remember: Remember the word “Love You“

Can you believe that so far, we have completed 80% of the alphabets. Now, Let us finish the rest 20%.

This group is the mirror image of each other letters contained in this group.

Now we shall see two letters which are very different from every other letter and shall be remembered separately.

And so, we have completed Grouping the 26 Alphabets. To sum it up the following table shows what we did so far. So in case you learn the codes below should be the fastest way to memorize it. You can thank us later!

So, all you need to do is download the sheet displayed above and start learning Morse Code !

Once you are done leaning the Code, you can follow the link here for testing your Morse Code Skills or you can watch the video here.

Subscribe to our website and write to us ask@funnel2tunnel.com for getting your answer key for the above test.