What is Critical Period in dry docking and why it is called Critical?

What is a Boat Note and where it is used? 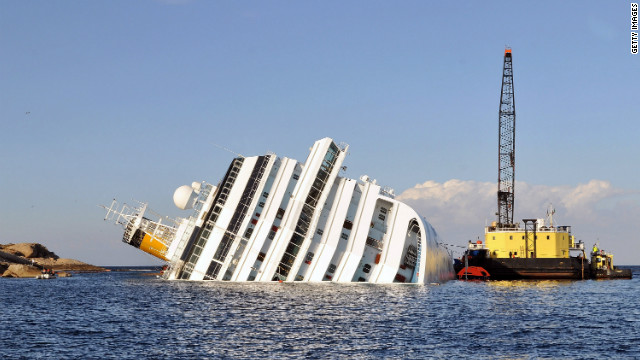 This blog focuses on what is Marine Salvage and Lloyds Open Form. The knowledge of Salvage and its related instruments is of critical importance to the officers especially Masters and Chief Mates. Although, this topic is taught widely in various Maritime Colleges in the world, still most of the senior officers onboard are having very limited knowledge regarding this.

However, you don’t need to worry anymore as this time I have got it covered :). I am gonna break this topic in a very easy to understand way so that all your doubts are absolutely crystal clear.

Remember, we at funnel2tunnel.com always strive to explain things in a way that there is very little scope of you NOT understanding it. But still if you have any doubts, you are free to ask them in the comments section provided at the end of this topic.

Let us define what is Marine Salvage.

Whilst at Sea, a ship is exposed to many risks. In case of any unfavorable situation, the ship’s crew, cargo, environment, other property and the ship itself is at tremendous risk. Sometimes it may happen that the situation goes beyond the control of the ship’s crew posing an “imminent” danger to the vessel and its crew. Master may then decide to call for shore assistance to save the vessel from this imminent danger. This is where the term salvage comes.

The International Convention on Salvage 1989 defines the various rules and regulations that governs various aspects of Salvage at Sea.

Salvage is an ancient concept in maritime law and practice. Article 1 of the International Convention on Salvage 1989, defines “salvage operation” as: “any act or activity undertaken to assist a vessel or any other property in danger in navigable waters or in any other waters whatsoever”.

Now imagine a salvor who carries out a salvage operation and saves the distressed vessel from danger successfully. In this case he is entitled for a reward. Now this reward is subjected to certain conditions. The situation, condition and terms of same will be discussed later in this topic.

Over here its very important to understand a principle called the “No Cure-No Pay” Principle.

No Cure – No Pay principle

According to this principle (which forms a part of the salvage contract), the salver receives no payment if he fails to save the property. The payment is made under this scheme, only if, the salvers attempt is successful.

Now, this principle had a problem. The problem was that reward will only be given when the attempt to save the property was successful. Simply speaking, there was no payment whatever the expense of the operation. This made the salvers shy away from responding to high risk or low value casualties. This resulted in delays to salvage operation and increased risk of the environmental damage.

Lets dig a little deeper into the topic and discuss what all circumstances are necessary for  an operation to be termed as Salvage.

Following “conditions” are must for salvage and states the criteria for a valid award claim to exist. –

The property needs to be facing imminent danger. Note that the danger can extend to Vessel, cargo or any other property. Here it is important to know that what constitutes a danger. A situation where the crew onboard the vessel assess two be of an imminent danger, might be imminent for a person sitting ashore.

The Rule of the Thumb here is the following –

So, in a nutshell, it’s the Master’s Call.

Moving on to point number 2

The service rendered is to be voluntary and not under any contractual duty. To understand this simply assume that a vessel is in distress and the danger is imminent and real. Now, some how the Master and the crew of the vessel salvage the vessel. In this case the Master and the crew are not applicable for an award because it is their duty to save the vessel and the act is not voluntary. Similar situation arises when two vessel are involved in a collision and the Master and Crew of one vessel, have the duty to salvage the other vessel and hence can not get any award.

And lastly point no 3

The Salvage Attempt shall be successful. This means that the salvage operation shall be a success. The degree of success can be whole or part but obviously the success depends upon the value of the property salved. If no property of the value is saved then No Salvage Award is given (in accordance with the No-Cure No-Pay principle explained above).

However, this requirement has been diluted by the introduction of Article 14 of the International Salvage Convention. This is because (as explained above), the No-Cure No-Pay principle resulted in the salvers shying away from ‘laying their hands’ on vessel’s which were of lower value and involved higher risk as they knew they will not be awarded even a single penny if the operation turned out to be unsuccessful.

According to the Article 14 of the ISC’89 the salvor (who is unable to earn an award as per Article 13) is entitled for some payment if he has rendered salvage services to a vessel which because of her nature or her cargo posed a threat to the environment and because of such services rendered, the environmental damage was minimized. This Article (14) is just a step to compensate the efforts of a salver who, although failed to earn an award under Article(13) but minimized the threat to the environment by his actions.

Salvage is a service and just like any other service, it happens under a Salvage Contract.

Lloyds Open Form is one such Salvage Contract.

Following are the feature of Lloyds Open Form –

Article 13: Criteria for fixing the reward

The criteria for fixing the reward for salvage operation –

If the salvor has failed to earn a reward as per above but has Carried out the operation for a vessel which could have itself or due to the nature of cargo loaded, threatened the environment, he shall be entitled to a SPECIAL COMPENSATION.

This Special Compensation could be given max of 30% of the expenses incurred by the salvor. But at the same time in special circumstances the total increase cannot be more than 100%. This cost has to be borne by the Ship Owner or P&I on his behalf

However, the problem with this Article about Special compensation is that it applies only in Cases where the vessel or its cargo posed a threat to the environment and also the calculation of compensation which depends upon the expenditure of the salvor. This in itself is a very vague concept and creates a lot of confusion and uncertainty.

For this purpose SCOPIC clause is invoked – regardless of the fact whether or not the vessel or its cargo posed a threat to the environment.

As per the SCOPIC Clause the Bonus is calculated as follows –

SCOPIC Clause when invoked solves three problems for the salvors-

So if the salvor is very much certain of the success of the salvage , he will not invoke the SCOPIC clause. Also, Salvor can withdraw from his services if the security is not given. The shipowner may terminate SCOPIC caused giving 5 days notice. Owners have the right to appoint the SCR (Special Casualty Representatives).

The role of the Special Casualty Representative (SCR) is to monitor the salvage services and operation then provide a final salvage report, which forms the basis for the settlement of  any claim for SCOPIC remuneration (under the Special Compensation P&I Clause) that the salvor might have with the shipowner. Whilst usually appointed by the shipowner and/or its P&I club, the SCR performs this role on behalf of all parties and their insurers, including all property interests. <source: www.iims.org.uk>.

SCR does not interfere or directs the Salvage vessel Master and does not have a say in the decision making with respect to employment of equipments, man power and other resources. This discretion is of the Salvage Master.

SCOPIC stands for Special Compensation OF P & I Club and this amount is contributed by the Owner’s P&I side.